A CEO’s Three Humble Predictions for 2011 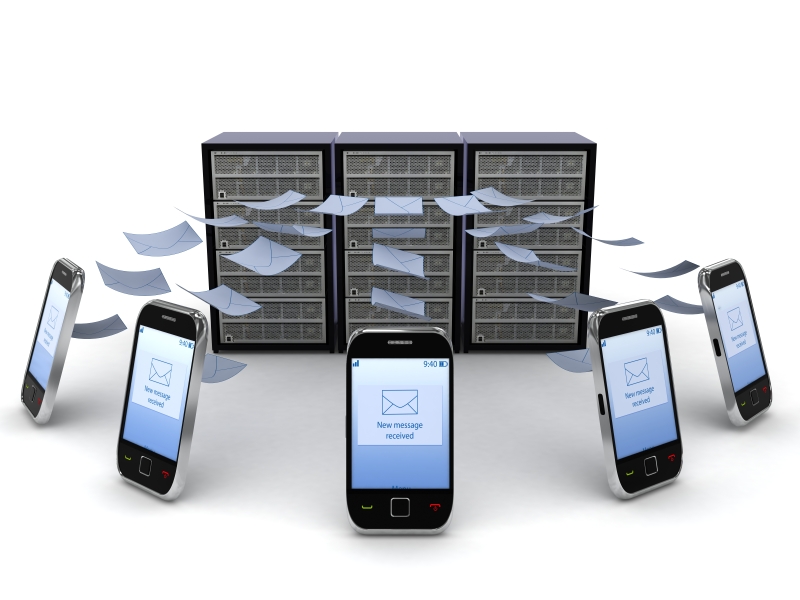 I’m pretty excited about 2011. I see a number of trends happening and I want to make sure that our clients are positioned for them.

It’s getting to the point where you’re not cool if you don’t have one.  Plus carriers are giving them away for free and subsidizing it with the cost of their service agreements, so how could you not have one?  Currently the market size in the U.S. for people with smartphones is 35%.  This number is growing rapidly and within 3 years everyone should have a mini computer in their pocket.  Smartphones open a world of opportunity for businesses that want to communicate with their customers.  People always scratched their heads when they found out that mobileStorm provides email marketing technology and services.  With smartphones you can do a lot more than just email.  I’ve been waiting for the day to simply say, “It’s all mobile.”  Mobile apps are exploding, with 400,000 currently in the app store and another 600,000 on the way (to round out at a cool million).

Personally I think this is too much choice, which is why it’s even more important that businesses have a way to communicate with their customers to drive usage of their app.  This can be done with push notifications, a technology mobileStorm is currently developing and integrating into our new platform that’s set to launch to the public in April.  The idea is that you can easily create a message — be it text, video or images — and send the content to an iPhone, Android or Blackberry (oh and Windows, but they have to catch up).  What’s great about reaching customers this way is that you can get stats back like “opens,” a familiar stat for email marketers but not so much for mobile marketers.  Also, because geo-location is so easy to build into an app, you can send someone a notification when they come into a geofence, making your communication very relevant.  I don’t see push notifications taking over for SMS anytime soon, as people still want to be able to have an SMS inbox and text each other, but push does have some advantages if used properly.

We came out with a report earlier this year, called the Mid Year 2010 Mobile Marketing Report.  One of our biggest findings was that in the end of the 3rd quarter of 2010, MMS was going to take off.  I knew that it wasn’t a 2009 thing, but I thought we would see more requests from customers demanding we have an MMS offering in 2010. That wasn’t the case, however things have been heating up lately.  Of course the handset adoption of phones that support MMS had to be there.  This is directly related to the rise in adoption of smartphones I mentioned above.  I think there are two ways MMS could go: up or out.  I wouldn’t be surprised if MMS has to take all of 2011 to mature, and there’s also the possibility that MMS stays too expensive.  This would impede innovation from companies to create content and thus no consumer adoption.

Also, could MMS end up like Bluetooth?  Bluetooth was supposed to be “it,” and even though we all use it now for our headsets (thank you California law), it never really became widely adopted because it was just too hard to use.  Consumers for the most part don’t really understand MMS or how it’s different than SMS.  Ever get an MMS from a friend who simply wrote you something and you were like “great, you owe me $.05?” or if you had a phone that didn’t support it, simply gave you an error message?

Of all the trends, real-time communication is the most exciting.  Not only because mobileStorm is betting its future on it, but because it will make everyone in the tech ecosystem happy, from the carriers and ISPs to consumers.  Why?  Because being able to communicate with people based upon what their behavior is at that very moment translates into relevancy, and relevancy is what everyone wants. It is the game-changer.  Don’t get me wrong, we have a long way to go before this technology is perfected, but I have been saying for a few years now that businesses need to rethink their approach to communication.  Take Anne, the marketing director at a company with 100 employees.  She comes out of her marketing meeting with the CMO and her team, and knows that she needs to get an email campaign out about a promotion that the company wants to do.  This is very top down, it’s, “Let us send a message that we want to send, and send it at the time we want to send and over the channel we want to use.”

First off, I’m not a fan of top down management, which is why I love Ricardo Semler so much.  With everyone connected via the “Internets” with a phone in their pocket, behavior can be tracked and analyzed, and then a smart communication platform can tell the business what channel to use, at what time to send, to what location, and even what offers might work and in what format.  Like I said, some of this stuff is going to take a couple of years to mature, but I can tell you that we are working on this technology now, and to be honest, the hardest part so far has been figuring out how to surface and display real-time recommendations alongside all of the channels into a very simple 3 step composition and scheduling process.  Don’t get me started on how we are going to report on performance.  Just to get the user experience figured out for real-time communication was a feat, but now we are moving towards the fun stuff, the stuff you saw in “Minority Report.”

Disclaimer: There are a bunch of other things happening in communication that I could have talked about, and even gotten industry-specific, like how mHealth is changing the game in Healthcare.  You might ask how I could not write about social, especially with Gartner predicting that enterprise social software market will hit $769 million in 2011.  I don’t want anyone thinking that I believe push, MMS and real-time are the hottest trends.  I simply wanted to point these technologies out.  If you want me to cover another trend, by all means, email me at jared[at]mobilestorm.com.  You can also follow me on Twitter and find me on LinkedIn.